Who Done It, Lord? 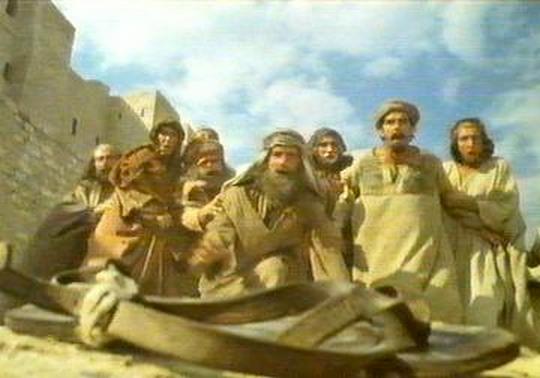 “Then Peter, turning about, seeth the disciple whom Jesus loved following; which also leaned on his breast at supper, and said, Lord, which is he that betrayeth thee?” (John 21:20)

Apparently, in all of Peter's defense (John 18:10) and denial of Jesus (John 18:15-27), he never learned—until AFTER the resurrection, who at the table betrayed Him.

“Simon Peter therefore beckoned to him, that he should ask who it should be of whom he spake.”

At that point, even John didn't know...

“He then lying on Jesus’ breast saith unto him, Lord, who is it? Jesus answered, He it is, to whom I shall give a sop, when I have dipped it. And when he had dipped the sop, he gave it to Judas Iscariot, the son of Simon.” (John 13:25-26)

“For some of them thought, because Judas had the bag, that Jesus had said unto him, Buy those things that we have need of against the feast; or, that he should give something to the poor.”

No one including Peter knew who betrayed Jesus.

Why am I bringing this up?

Here it is, almost the end of the Gospel of John (five verses from the end, to be exact) and the one question that keeps bugging Peter is “who done it, Lord?” “Who betrayed you?”

Now to my thought...

We are now done reading the Gospel of John. Turn the page and we are in the book of Acts. Here we read that before ascending to Heaven (Acts 1:9-10), Jesus teaches his disciples for forty days “the things pertaining to the kingdom of God.” (Acts 1:3) But, Peter is still bothered by that question—the question he asked Jesus in the end of John. How do we know that? We know that by observing the first thing that Peter does. Do you know the first thing that Peter does after Christ ascends up into Heaven? Well, it's NOT going door to door soul-winning. Nor is it going street preaching.

Jesus must have given Peter the answer to his question (John 21:20).  We know this by Peter's FIRST order of business after His ascension...

Acts 1:15 ¶ And in those days Peter stood up in the midst of the disciples, and said, (the number of names together were about an hundred and twenty,) 16 Men and brethren, this scripture must needs have been fulfilled, which the Holy Ghost by the mouth of David spake before concerning Judas, which was guide to them that took Jesus. 17  For he was numbered with us, and had obtained part of this ministry. 18  Now this man purchased a field with the reward of iniquity; and falling headlong, he burst asunder in the midst, and all his bowels gushed out. 19  And it was known unto all the dwellers at Jerusalem; insomuch as that field is called in their proper tongue, Aceldama, that is to say, The field of blood. 20  For it is written in the book of Psalms, Let his habitation be desolate, and let no man dwell therein: and his bishoprick let another take. 21  Wherefore of these men which have companied with us all the time that the Lord Jesus went in and out among us, 22  Beginning from the baptism of John, unto that same day that he was taken up from us, must one be ordained to be a witness with us of his resurrection.

Believing that at any moment King Jesus would set up His kingdom, Peter, KNOWING THAT TWELVE JUDGES WERE NEEDED (Matthew 19:28), went into action to replace the one he just discovered “by transgression fell” (Acts 1:25).

Yes, Jesus gave Peter the answer he needed. “Judas.” What did Peter (the leader) do with that information? He—without yet receiving the Holy Ghost [Acts 1:8], looked in the scripture and determined that what he was presently experiencing in that exact moment of time was prophesied by David. By seizing and acting on this scriptural revelation, Peter understood that this body of believers—now incomplete by one, the one who betrayed their King—must be made complete.

And, it was made complete. Here is the rest of the story...

Acts 1:23  And they appointed two, Joseph called Barsabas, who was surnamed Justus, and Matthias. 24  And they prayed, and said, Thou, Lord, which knowest the hearts of all men, shew whether of these two thou hast chosen, 25  That he may take part of this ministry and apostleship, from which Judas by transgression fell, that he might go to his own place. 26 And they gave forth their lots; and the lot fell upon Matthias; and he was numbered with the eleven apostles.

P.S. Good Christians say that, by choosing Matthias, Peter made a mistake. They say that the Holy Ghost was not yet given and they were basically gambling for the next apostle.

I believe that if their choice was not of God that, once they received the Holy Ghost, one of the first things these men would have done would be to repent of their decision and choice. Obviously, this is never happened.