Barley, Wheat and Rye (Are Tongues for Today?) 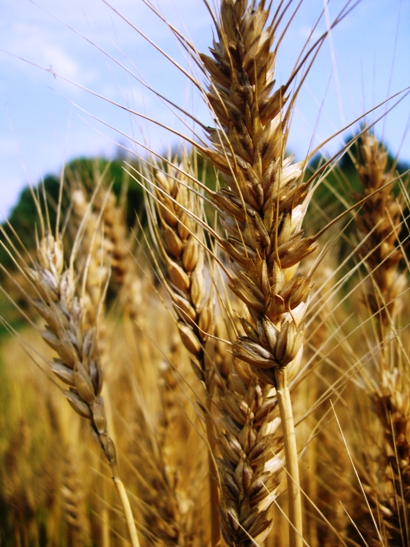 Just before the first Passover, we see that the barley was in the ear.

Judges 7:13, Gideon overheard a Midianite telling a fellow that he had a dream. A cake of barley bread tumbled into the camp. The interpretation was the barley bread was a man of Israel.

In the book of Ruth, it was at the time of the barley harvest that Naomi came back to Israel with Ruth, a Jewish proselyte.

In Acts 2:10, it was Jews and proselytes at the barely harvest.

Leviticus 23:10, “...when ye come into the land which I give unto you, and shall reap the harvest thereof, then ye shall bring the first fruits of your harvest unto the priest.” They were to reap 50 days (vs. 16), and the Feast of the Harvest would be celebrated. That 50th day is The Day of Pentecost or Shavuot. It was the end of the Barley Harvest. Acts 2, Jews and Proselytes gathered by the thousands.

Matthew 21:19, Jesus said to the Fig Tree, “let not fruit grow on thee henceforth.” And the disciples marveled at how soon the Fig Tree withered away! Israel is symbolized by the Fig Tree. Soon after Pentecost, Peter was beaten and imprisoned. The Fig Tree, Israel, had done this to one of their own people after the harvest was over. In Acts chapter 7, Stephen preached to Israel and was stoned.

Philip took the Gospel to the Rye Bread in Acts chapter 8.

Peter took the Gospel to the Wheat Bread in Acts chapter 10.

Paul was the Apostle to the Gentiles. He spent the first years of his ministry in Arabia. He went to Greece, Macedonia, Malta, and Rome. The Wheat and Rye Harvest has been going on for 2,000 years. Of course, Ruth was permitted to reap a few gleanings in the barley field. Once in a while a Jew will get saved, but the harvest ended at Pentecost in Acts chapter 2 and 3.

In Leviticus 23:24, the trumpets blew. In verse 34, it is the Feast of Tabernacles. All of the fruit of the land was gathered, verse 39. Most farmers know that barley comes in first, ahead of wheat and rye. “...To the Jew first, and also to the Greeks:” [(First the Jews, then the Gentiles) Romans 2:9, 10.]

Matthew 27:50, 53, The harvest of the saints who had run into the cities of refuge, were now free to return to the city ofJerusalem, because upon the death of the high priest, they were released (Numbers 35:25). The barley harvest began in John 20, with Doubting Thomas, and Mary Magdalene. In Luke 24, two Emmaus disciples were harvested. And when the Day of Pentecost was fully come, a great barley harvest took place.

Anyone today who claims to receive the Holy Ghost with the evidence of unknown tongues must be beguiled into receiving another spirit and another Jesus. (II Corinthians 11:4)

The Apostle John tried those who say they are Apostles and are not, “and hast found them to be liars.” (Revelation 2:2)

The Apostles were all Jews. Their number was twelve. (Revelation 21:14) They were present at the Barley Harvest or Pentecost. Paul was very much aware of what took place, although he was not converted at the time.

The Apostles wrote the New Testament, also laid the foundation for our faith and practice. (Revelation 21:14)

I cannot blame people for wanting everything God has for them. I am sure we all miss a lot of blessings because we fail to ask God for things He would give us, if we only ask. (James 4:2, 3) But we cannot pretend to receive something in direct contradiction to the Bible, unless we are deceived by another spirit.